How it works, why it is important and Use-Cases 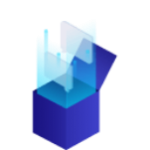 The application of Artificial Intelligence in Healthcare has already proven very effective in areas such as diagnoses of medical conditions, identification of malignant cells and even dispensing of medication. In addition, AI is used to organise enormous datasets to give health professionals and policymakers better insights in health-related matters. The application of Artificial Intelligence in healthcare is only in its beginning stages, but this is a sector that is likely to benefit the most from this technology. 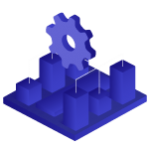 Currently, AI-capable applications are used by Manufacturers to improve areas such as Asset Management, Supply Chain Management and Inventory Management, however, the potential for Artificial Intelligence is much greater.  It can be envisaged that in the near future,  production of certain goods will only require a fraction of the workforce it currently needs and that manufacturing will transform from dependent on human input to a combination of Artificial Intelligence, Smart Robotics, IoT and 3D Printing. In the future, Artificial Intelligence will play an important role in determining not only how, but also where(country) manufacturing facilities should be located. 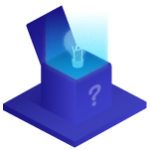 Solutions with AI capabilities have the potential to provide stakeholders in the consumer goods sector with a significant competitive advantage in areas such as Automation of Inventory Management, Personalised Customer Service and Improved Consumer Engagement.  In addition, Artificial Intelligence(AI) also enables new concepts like Image-Based Procurement and Optimised Line Planning which could be potential game changers for some role players in this sector. 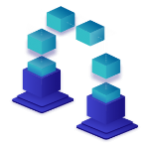 Tesla, Uber and Google(Waymo) are leading the race to perfect the AI Technology that will enable fully-autonomous self-driving vehicles.  This will have a significant impact on the transportation and automotive sector as it will make it possible to provide transportation in new and innovative ways.   Concepts like Point to Point shuttle services (with fully autonomous buses) and Transport as a Service (TaaS) will not only benefit consumers of transport services but will disrupt the entire automotive supply chain. 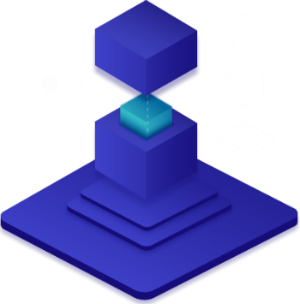 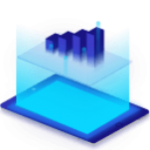 The mining sector has always been focused on finding commodities(exploration) and then extracting these in the fastest, cheapest and most efficient way possible(operations). Even small improvement in downtime, processing and labour costs can mean the difference between a profitable- and an out of business Miner.  It is for this reason that mining companies are investing heavily in AI-capable systems including; Geotechnical assessment,  AI-controlled autonomous equipment as well as Sorting and  Equipment Monitoring solutions. 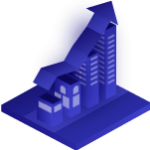 The Financial Services and Banking sector are heavily invested in developing AI-capable solutions that will improve customer service, decrease risk, identify new opportunities and reduce costs.  Solutions include, amongst others; AI based chatbots for financial advice, Smart Wallets, Voice Assisted Banking and Fraud detection systems. While the Banking and Financial Services sector were significantly transformed by the Internet, technology like Artificial Intelligence will potentially have an even bigger impact. 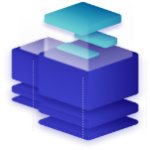 Solutions with capabilities of Artificial Intelligence(AI) have the potential to significantly impact the Agricultural sector.  AI-based solutions enable concepts such as Crop Health Monitoring, Automated Irrigation Systems and the ability to match livestock conditions with market specifications. Artificial Intelligence (AI) will undoubtedly provide those who deploy this technology with a substantial competitive advantage and therefore, it is likely to become an integral part in the future of farming. Agritech companies are producing increasingly accessible technologies, making the ‘digital farm’ of the future closer than we think.

What is Artificial Intelligence

Machine Learning, Deep Learning and Natural Language Processing are some of the most popular approaches that have been used to simulate natural intelligence.  Up until the present, AI was used to perform narrow tasks like driving a car, but in the future, new approaches currently under development could create Artificial General Intelligence (AGI) that will outperform humans at nearly every cognitive task.

Although Artificial Intelligence is still in its infancy, the development of new and innovative applications are exponential.  This trend, combined with modern computing power equates to a very high probability that almost every industry will be disrupted by Artificial Intelligence. It is therefore critical for business leaders to understand the potential opportunities and benefits AI will bring to their industry as well as the potential threat if they don’t act on this reality.

Are You looking to explore Artificial Intelligence for your company?

Would You like to talk to an expert on the subject? Provide us with your contact detail and we will put an expert in touch with You.

Set Up A Free 30 Minute Call